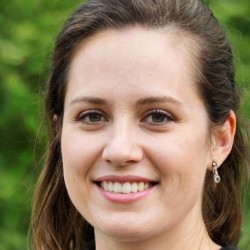 As a food lover and former chef, Heloise founded homekitchenland.com. It's a website about recipes, food facts, and kitchen appliance reviews. She is a seasoned expert when it comes to food, cook appliances reviews, and recipes. She loves to research, develop recipes, compare kitchen appliances, and write product reviews.

Before homekitchenland.com, Heloise work as a freelance writer at Upwork, where she wrote several articles for various clients. She wrote on food, kitchen appliances, fitness, etc. All these were done in the space of four years.

From Upwork, she moved on to Comice Restaurant as a Help cooker/ Chef trainee. There she created and designed the daily menu, operated the standard and modern kitchen equipment, learning new French recipes and techniques, etc.  She spent most of four years at Comice Restaurant assisting in the preparation of several courses, ingredient selection, and more.

After having her taste of working at Comice Restaurant, Heloise moved on to start her own business in 2015. She started Melissanda restaurant in Nice, France, where she served several dishes based on her love and passion for French gastronomy.

After running the Melissanda for two years, Heloise moved on from there to start the homekitchenland.com. From 2017 till now, she has run the website and has seen it as an avenue to share her knowledge on several concepts. Currently, she has several articles on food, delectable recipes, kitchen appliances, blogging, speaking, and more.

In 2004, Heloise graduated from The University of South Dakota, where she studied Business Administration. However, she majored in Marketing and graduated after spending four years at the university in 2004.

She also bagged a Bachelor in Arts from FERRANDI in Paris from the department of Culinary and entrepreneurship. In 2012, she graduated with a major in Cuisine.